The Columbus Guitar Society, founded by a dedicated group of amateur classical guitarists in 1992, has grown to be one of the country’s most successful guitar societies. Under the leadership of Artistic Director, Eugene Braig, the CGS is the only organization to offer comprehensive programming for the classical guitar in the Central Ohio region. CGS brings a variety of activities to the public:

1. A professional concert series featuring world-renowned international stars. The season offers a handful of amazing concerts between October and May. Click here for details.

3. Amateur players meet up and entertain the cafe crowd at 1 p.m. on the third Saturday of every month at the Starbuck’s Coffee, 2450 East Main Street, in Bexley.

Tickets are $20 for General Admission, $15 for CGS Members and Senior Citizens,, and may be purchased using cash, check, or credit card at the door, via CAPA at 614-469-0939 or from CBUSArts 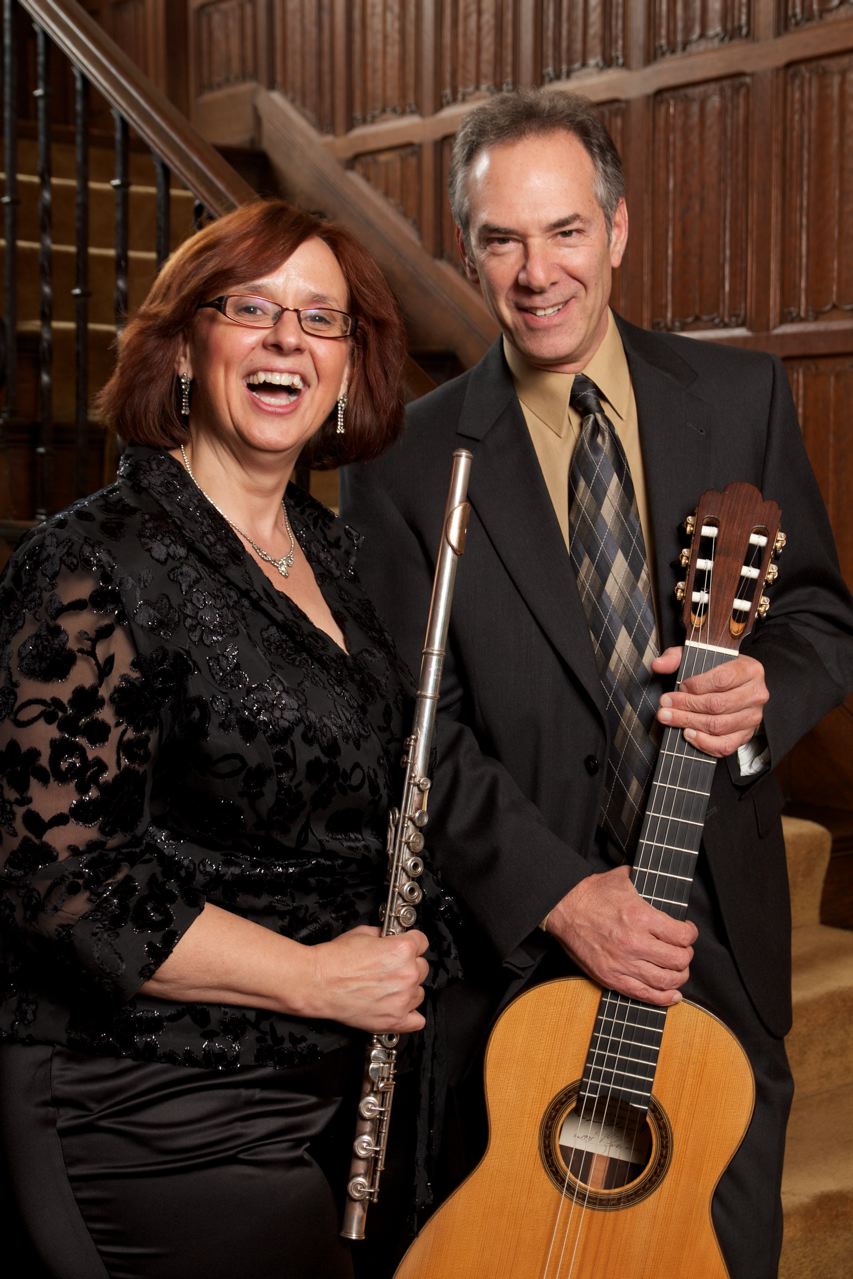 Described by the New York Times as “cultivated and musical,” Stephen Aron has established himself at the center of the American classical guitar scene. He has released seven CDs to critical acclaim and directs the Oberlin College and Conservatory’s guitar program. Flutist Jane Berkner has been on the Ohio Touring Artist’s Roster for more than 25 years and holds faculty positions at Ashland University and the University of Akron. Together, they bring us the sonorous artistry of The AronBerkner Duo on 18 January 2020.
www.aronberknerduo.com

Spanning more than a quarter century, Brazil’s Quaternaglia Guitar Quartet (QGQ)—Sidney Molina, Fabio Ramazzina, Chrystian Dozza, and Thiago Abdalla—is acclaimed as one of the top ensembles of its kind and is recognized for its artistic excellence and its significant contributions to the expansion of the repertoire. The QGQ has established a wide canon of ambitious arrangements and original works through collaborations with currently prominent composers. Their nine CDs are perhaps best described as “fantastic,” as their return to our stage will be on 29 February 2020.
quaternaglia.com.br

Both as soloist and as a guest of numerous orchestras and early-music ensembles, David Jacques has appeared in more than 3,500 performances in 35 countries and on more than 50 recordings. Amazing! Notably, three of his CDs have won the Conseil Québécois de la Musique’s Prix Opus. He also has one of the most impressive historic-guitar collections of which I’m aware. David will close our season on 4 April 2020 with a program of Baroque music delivered using an original guitar by A. Voboam built in the 1660s! Wow.
www.david-jacques.com

All concerts will be in Capital University’s Huntington Recital Hall

Tickets are $20 for General Admission, $15 for CGS Members and Senior Citizens, free with Capital University ID

GET 4 CONCERTS FOR THE PRICE OF 3 WHEN YOU ORDER A $60 SUBSCRIPTION FROM CAPA!

Tickets may be purchased using cash, check, or credit card at the door,

CBUSArts is the official ticketing source used by The Columbus Guitar Society. Tickets from third party re-sellers are not guaranteed to be valid.